People and places in the news

Oh well, I had another day at the market.  I sold my two shares of GOOG because this market is just brutal.  Then I thought I would put in a limit order for FB at 48.00.  Hell, it never even hit that price point.  Then I put in a market buy which everyone said not to do. But in this case that was the thing to do.  I also put in a cancel for both my limit orders because I found that I could get it cheaper by going market.

They overpriced the IPO.  Damn, they should have listened to the street on this one.   The little guys like me said it was overpriced.  I thought it should  be in the upper teens as low limit and maybe 30 at the upper limit.  Something like 19-30 in that range.  Then we would have had a nice pop.  Instead we got a fizzle.  FB is hanging onto green by a thread.

I paid 40 because I set it at market.  I put in the market order when it was listed at 38.00 but because the Nasdaq was sluggish by the time they were traded they had moved up to 40 and immediately dropped back to 38.  I was not worried about having a market order for 10 shares when I saw that the market was well, not moving.

Blockbuster: Warren ancestors rounded up Cherokees for Trail of Tears

These were the troops responsible for removing Cherokee families from homes they had lived in for generations in the three states that the Cherokee Nations had considered their homelands for centuries: Georgia, North Carolina, and Tennessee.

This woman looks like a typical Creole especially her coloring and eye color.

Lolo was named Lori at birth, after her mother, but started going by “Lolo, she says, in order to differentiate the two when telephone callers asking for “Lori” made the matter confusing. Though according to Lolo’s mother, “Lolo” is what she has called her daughter from birth.[1]

A 2005 graduate of Louisiana State University, she currently resides in Baton Rouge, Louisiana and is sponsored by Asics and Oakley. She is multiracial of French, Native American, African American, and Norwegian descent.[1] She is also actively involved in ChristianMinistry.[1][18] Identity: Your Passport to Success

by Stedman Graham at Amazon

What has this man done other than mooch off a Oprah?  I think he’s a business man and had a tough childhood but who the hell cares? I don’t.  They never married and there is no wonder.  He  is arm candy for sure even with gray hair.

He was on Joe and the Jews (Halperin, Allen and Karins the weatherman and Maddow) this morning touting his new book I wouldn’t get out of the library.

It is probably full of platitudes about being yourself.  What else is new?

The first of his stories, “Today, Steve is 25” was published in February 2007, 10 months after the Pikes­ville meeting.

That process of reporting and writing has been made into a documentary film, “Standing Silent,” directed by Scott Rosenfelt and now being shown at film festivals across the country. Partially funded by a Sundance Institute grant, it details how Jacobs, an Orthodox Jew himself, has been credited with — and criticized for — uncovering a painful secret in Baltimore’s Orthodox community.

Surprise but not really.  Gay and Jewish goes together.

The grandson of two-time Golden Globe winning actor Omar Sharif “hesitantly confessed” in an article published Sunday that he is gay and half Jewish, and worried about being welcome in Egypt.

Omar Sharif Jr. wrote in The Advocate, “I write this article in fear. Fear for my country, fear for my family, and fear for myself. My parents will be shocked to read it, surely preferring I stay in the shadows and keep silent, at least for the time being. But I can’t.”

Sharif expressed his disappointment at the recent parliamentary elections, writing that the revolution gave him hope for a “more tolerant and equal society,” but now he is not as hopeful.

Since her father is white most would say that makes her white as well.  Rebecca looks totally European much like Tracy Ross who also has a Jewish father. Hair type is also about the same.

Her dad is Jewish, not her mother. She had a baby boy out of wedlock with a married buddhist monk (black man married to a white woman having a baby with a biracial one) and found this tidbit: 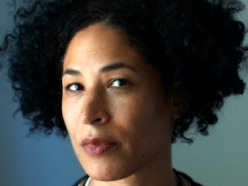 Maybe this is useful. Rebecca’s mother was not “effusive” about Rebecca’s pregnancy not because she rejected the idea of a pregnancy, but because of who she was having the baby with: her Buddhist teacher who was already married and has a young child. What is a mother to do when it appears her daughter has entered into an odd threesome with a man whose prominence as a Buddhist teacher needs to be supported by the younger Walker’s fame (and income)? Needless to say, the senior Walker is skeptical of this arrangement. Choyin Rangdrol went from an Oakland Afrocentric denizen to an “International Buddhist” with the help of Walker’s pushing his book. And what of the white mother of Choyin’s other young child? Rebecca is so obsessed with competing with Alice Walker’s fame by airing her personal issues and neuroses in public, that she cannot see that she is the one who continues to alienate people with her obsessive narcissism. Most of us just get therapy. http://not-quite-sure.blogspot.com/2007/03/rebecca-walker.html

Walker was born Rebecca Leventhal in Jackson, Mississippi, the daughter of Alice Walker, the African-American author of The Color Purple, and Mel Leventhal, a Jewish American lawyer.[1] After her parents divorced, she spent her childhood alternating every two years between her father’s home in the largely Jewish Riverdale section of the Bronx in New York City and her mother’s largely African-American environment in San Francisco, where she attended The Urban School of San Francisco. When she was 18, she decided to change her surname from Leventhal to Walker, her mother’s maiden name.

Jeremy Lin a taiwanese American  who  hàppens to wear my lucky number 17 which is my sun degrees and it is now a hot seller.  I do like basketball because you can get it.  Might have to catch the game.  I recall the six wins Michael Jordan gaveChicago back when. Thank you spike lee for telling me what is behind the buzz global over Lin

Lin is truly over the top he gets them Lin every time. 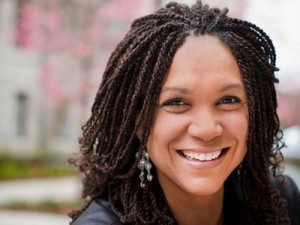 TO DEBUT WEEKEND PROGRAM ON MSNBC (where my old boss Aretha Marshall works–I wonder, since she is in charge of hiring talent DID she play a role in hiring women who look like her! Especially Alex  Wagner)

I mentioned her in a blog http://blogcritics.org/politics/article/the-age-of-opinion/

And what would this hour of power be without a woman? Melissa Harris-Perry, writer  and  professor at Tulane University, has been popping up like dandelions in a hot  rainy  spring. She’s everywhere these days after making frequent appearances on  the Rachel Maddow  Show.  I don’t think anyone could have  assembled more  staunch supporters of President  Obama.  They comprise the new insiders, as long as Obama is president.  Then there are  the  outsiders: Tavis  Smiley and  Cornell West.  They are undertaking a bus poverty tour and  asking Obama not to  change the subject.  The subject is jobs, jobs for the black  community who is  hurting at 16 percent unemployment nationally.  Shouting matches have  been  breaking out all over national television between authentic blacks and   plantation politicians.  Both terms have been around for decades, but in the age  of  opinion they take on new meaning in light of this country’s first “black”  president.
Read more: http://blogcritics.org/politics/article/the-age-of-opinion/page-2/#ixzz1lBJWJRVz